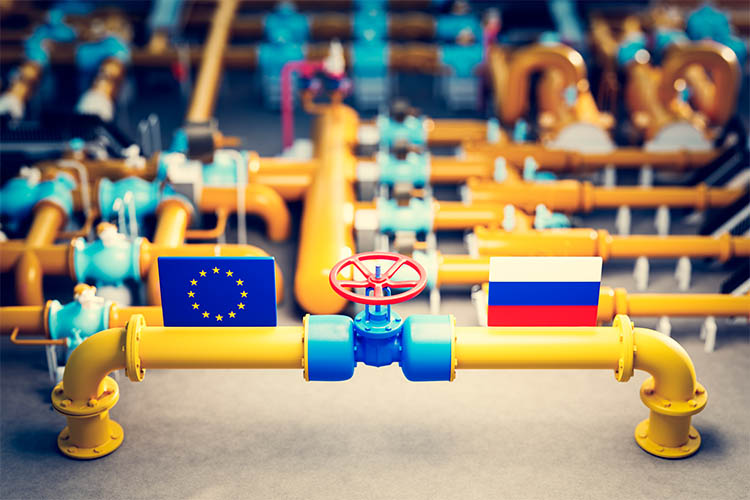 With the sudden drop in gas supply from Russia, accounting until recently for 40% of the European Union’s gas needs, governments and companies alike are scrambling to find alternative energy sources, amid fears of possible supply disruptions. However, Arania remains confident due to a significantly lower dependence on Russian gas compared to northern European countries. The proximity of major ports and regasification facilities allows for great flexibility to avoid potential interruptions in the supply chain. Europe should manage to prevent power shortages during the coming winter, but economic activity is facing intense pressure.

There is rest in the gas conflict, with Russia’s invasion of Ukraine as a backdrop. Energy prices are at their highest levels in a decade, and some energy-intensive companies in Europe have started to reduce, even stop production. In northern and central Europe, dozens of plants in a wide range of industries, including steel, aluminium, fertilisers and the electricity industry itself, have been forced to shut down, as high gas and electricity prices are undermining competitiveness.

Pressured by Russia, which has indefinitely turned off the tap of the Nord Stream 1 pipeline, Europe is multiplying efforts to expand storage and secure alternative sources to guarantee a steady natural gas supply. These measures include the increase of liquefied natural gas (LNG) import capacity, as well as objectives to reduce industrial demand. Natural gas is the main energy source used to heat European households, and a key input in the production of many industrial branches. In this way, it is also a crucial input in the production of rolled steel.

Arania’s rolled steel does not depend on Russian gas

Arania, as a major player in cold-rolled steel strip manufacturing, is using gas as an energy source in its manufacturing processes, especially during the heat treatment in the annealing furnaces. In any case, Arania maintains confidence in the fact that supply and production will not be disrupted by possible reactions from Russia in the coming weeks, thanks to a significantly lower dependence on Russian gas compared to countries in northern Europe.

Arania operates in a geographical and industrial environment that suggests a relative optimism in these times of uncertainty, as it is expected that the interruption of the Russian gas supply will not lead to supply disruptions. During the first half of the year, Spain imported only 10.1% of its gas from Russia. Around 75% of foreign gas supplies come from the United States, Algeria and Nigeria. Consequently, the situation is significantly less tense for Arania than for steel companies located in Germany or Poland, for example.

In addition, there are several regasification infrastructures all over Spain that guarantee, to some extent, the possibility of receiving LNG by ship from anywhere in the world. In the case of Arania, whose rolled steel production plant is located about 25 km from the port of Bilbao and its major regasification infrastructure, the sentiment regarding the gas supply is optimistic (albeit cautious). In short, as a result of the measures taken by the company’s management, and given its energy and industrial environment, if there were to be a total cut-off of Russian gas, the Arania plant would be able to continue steel production.

Furthermore, in terms of securing the supply of raw material for the manufacture of cold-rolled steel strip, Arania has identified alternative providers, with a preference for geographical diversification of suppliers in order to cushion possible interruptions in the supply chain.

Natural gas storage levels are well in line with seasonal patterns, and European storage is currently also filling up at above-normal speed despite Russia’s curbs. Germany, for example, is already at 90% capacity. For now, we do not observe a physical shortage of natural gas. In the absence of an unusually cold winter, Europe is well equipped to deal with the shortfall in Russian gas. The current gas in storage is estimated to cover demand until December, but obviously imports by ship will also ease the Russian gas bottleneck.

Although this is a positive message, the prices do not seem to reflect it, as today’s geopolitical context exposes many European rolled steel players, such as Arania, to a potentially disruptive situation that might be affected by possible external measures taken by governments and/or suppliers. Temperatures and energy savings will be key factors during this cold season. Ultimately, it is important to bear in mind that in a highly geopolitically loaded environment, things can shift rapidly (even for the better).