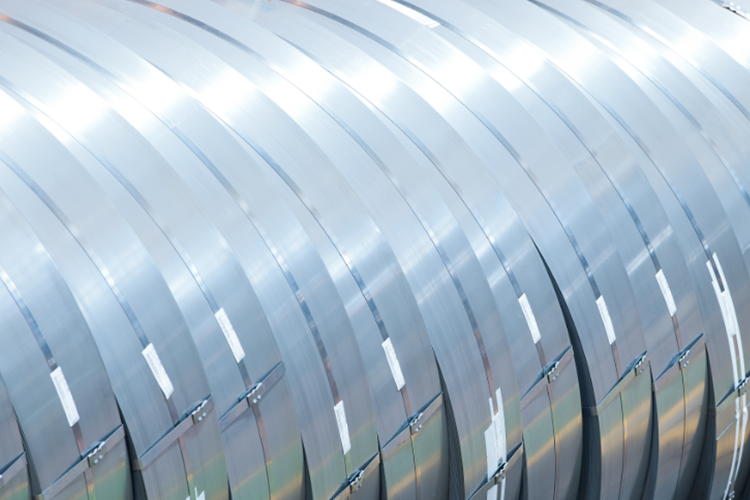 An increasing number of steel plants are announcing production stoppages. Steel producers in Europe and the US are slowing production amid rising energy costs and a weaker demand, eroded by growing economic pressures. The steel industry is an energy-intensive sector which is proving particularly vulnerable to the current energy crisis, especially in the EU. The downward revision of growth forecasts portends difficult times ahead for the steel universe, as it will have to face austerity to maintain its strategic value and to keep growing as an industrial benchmark.

According to World Steel, the global manufacturers’ association, crude steel production (ingots, semi-finished products and molten steel for foundry) in the European Union will fall by 5.6% in 2022, forecasting that steel demand will globally contract by 2.3% this year to reach 1.80 billion tonnes. Furthermore, demand is increasingly weakened by the current economic uncertainty. Moreover, it is also affected by the supply crisis that is weighing down crucial industries for the sector, such as the automotive industry.

This comes at a time when some of the world’s largest producers have just announced the temporary shutdown of blast furnaces and steel production plants, particularly in the EU. As we have said, these austerity plans are due to the drop in demand in Europe, but there is also an increase in imports of low-cost steel from outside the EU driven by the exemption from high environmental costs that European plants must bear, both in terms of corrective measures and, above all, as a result of the obligation to acquire carbon emission allowances.

23 steel plants shut down in Europe

Meanwhile, in order to cope with uncertainty, European countries have begun implementing emergency measures to mitigate rising energy prices. As we all know, the steel sector is among multiple energy-intensive industries that are particularly vulnerable to the ongoing energy crisis, thus impacting steel prices. Rising input costs, on top of an eroding demand, have already caused a wave of curtailments that threaten the viability of Europe’s entire metal industry.

Many of the measures approved thus far appear limited in scope, considering the energy crisis could realistically last years. It remains uncertain how effective these efforts will be in preventing the permanent loss of European steel power in the long term. However, recent actions suggest that countries are considering the protection of their industrial sectors as strategically important.

The steel industry is facing uncertainty

The outlook for 2023 is highly uncertain. Expectations of a continued and steady recovery from the pandemic were dashed by the war in Ukraine and rising inflation. The growth projections for steel demand in the EU have collapsed, as this industry is highly dependent on Russian energy, a case we recently analysed briefly in our article Arania remains optimistic (and cautious) on Russian gas cut-of.

Regarding cold rolled steel production, Arania’s sentiment regarding the gas supply is optimistic (albeit cautious). In short, as a result of the measures taken by the company’s management, and given its energy and industrial environment, with a nearby regasification facility that provides confidence in the continuity of supply, if there were to be a total cut-off of Russian gas (which is largely affecting Europe’s steel factories), the Arania plant would be able to maintain the steel production activities.

Looking ahead to the end of the year remains uncharted territory, and many steel companies have declined to publish output forecasts. This uncertainty invariably extends to other industries. For example, the Spanish Association of Automotive Suppliers (Sernauto) has revised downwards the sector’s prospects for 2022, cutting by half its turnover expectations.

However, it is not all bad news. The automotive industry is gradually overcoming the shortage of components (particularly for microchips) which peaked in the wake of the pandemic. The energy crisis has a relative impact on automotive factories, which are not intensive consumers of electricity. Nevertheless, this crucial sector is also suffering from the sharp rise in energy costs, an issue that is also hitting the competitiveness of component manufacturers.